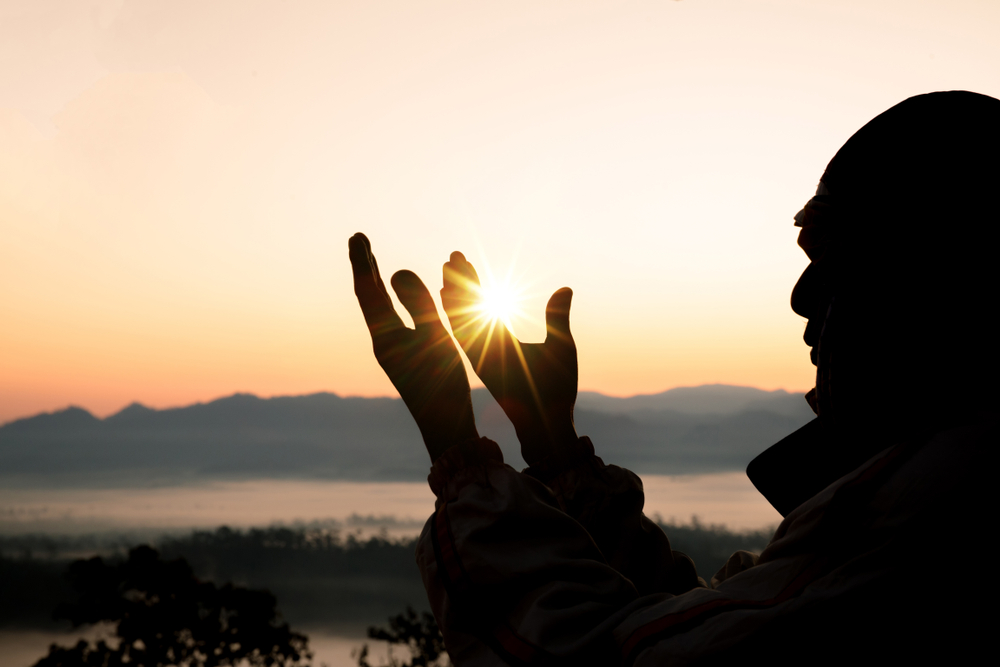 Virtually every human being seeks to find an overarching purpose in life. As part of this common pursuit, people naturally attach themselves to belief systems, values, causes, interests, and even physical things in order to give their lives meaning and fulfillment. Philosophers talk about the idea of worldview, which is understood as a person’s big-picture view of reality and consists of a cluster of beliefs about such critically important realities as God, the world, knowledge, values, and beauty. This purpose-seeking characteristic and need to grasp reality seems to set humans apart from the animals.

But why are humans uniquely purpose-seeking creatures?

Scripture tells us. I’ll provide a brief biblical explanation as to why people instinctually look for meaning in life and align themselves to something of enduring significance.

The Image of God = Worshippers

One way of thinking about the biblical truth of being made in the image of God (Genesis 1:26–27) is that to bear God’s image makes people worshippers. As finite creatures, humans have been brought into existence by an infinite God. And to be made by God means that people were made for God. By their contingent creaturely nature, humans were meant to know, love, and worship their Creator. Thus, human beings are uniquely dependent upon God for their existence, meaning, and ultimate spiritual fulfillment.

Yet humankind’s fundamental problem is that original sin (a corrupt nature inherited by all people from their progenitor Adam: Romans 5:12) has cut people off from their Creator. However, creatures who were made to be worshippers can’t stop worshipping. Despite the vacuum of being separated from God by sin, people naturally look for something to replace God. Such worship today isn’t like the ancient formal worship of various deities (polytheism), but rather takes the form of associating oneself with a defining belief, value, cause, or interest.

So the imago Dei (divine image) makes humans worshippers, yet the spiritual vacuum caused by sin makes the creatures natural idolaters (Romans 1:18–23). The worship replacements that humans commonly seek instead of the true and living God manifest as egotism (self), sensualism (sex), and materialism (money). However, more developed and refined worship replacements consist of the natural world, politics, and the idea of beauty. Interestingly, all the common replacements are good things instead of bad things. But those good things have become disordered (functionally misused) in fallen creatures.

The existential problem with life in a fallen world is that all common worship replacements, though good, are finite realities that can’t provide ultimate purpose and fulfillment for human beings. St. Augustine (354–430), a wayward soul for the first half of his life, provided this penetrating spiritual insight: “You [God] made us [humanity] for yourself and our hearts find no peace until they rest in you.”1 In other words, true meaning and purpose can’t be found in worship replacements. God has created human beings in such a way (imago Dei) that ultimate fulfillment (rest and peace) can’t be found apart from him.

C. S. Lewis makes the same point by using the analogy of an automobile’s need for the correct fuel:

God made us: invented us as a man invents an engine. A car is made to run on gasoline, and it would not run properly on anything else. Now God designed the human machine to run on Himself. He Himself is the fuel our spirits were designed to burn, or the food our spirits were designed to feed on. There is no other. That is why it is just no good asking God to make us happy in our own way without bothering about religion. God cannot give us a happiness and peace apart from Himself, because it is not there. There is no such thing.2

From a biblical perspective of the imago Dei, when people fail to worship the true God they replace him because they must worship something. Today the replacement might take the form of a perceived ultimate or reason for being. But these and all other alternatives to God are finitely inadequate and leave humans existentially unfulfilled.

Come to me, all you who are weary and burdened, and I will give you rest. Take my yoke upon you and learn from me, for I am gentle and humble in heart, and you will find rest for your souls. For my yoke is easy and my burden is light (Matthew 11:28–30).

The biblical perspective seems to offer a plausible explanation concerning both humankind’s search for purpose and dissatisfaction with finite goods. If Scripture can explain the complexity of the human condition, it seems worthy of careful consideration as a true revelation from God himself.

What worship replacements have you used in your pursuit of meaning and purpose? What was the result? Visit Reflections on WordPress to comment with your response.

One thought on “Worshippers by Nature”