Star Wars and the Importance of Ideas

Imagination and storytelling are very powerful ways of drawing attention to important ideas and questions. A good book or movie provokes people to think in a way unlike hearing a lecture. This is one reason why Jesus spoke in parables.

With a much-anticipated new chapter of the generation-spanning Star Wars saga about to unfold in theaters, RTB editor Maureen Moser and I sat down to discuss some of the philosophical and theological ideas that these culture-impacting films can highlight. (This interview may contain some spoilers for those who have not seen the original or prequel trilogies.) 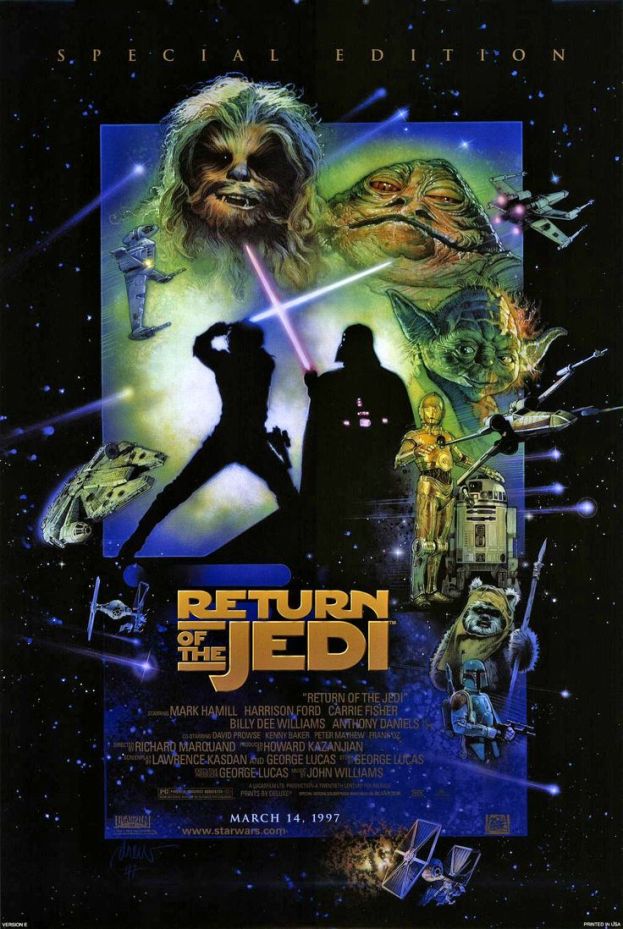 MM: At the end of Return of the Jedi we find Luke Skywalker and Darth Vader dueling in the Emperor’s throne room aboard the second Death Star as the Rebel Alliance fights to destroy it. I’ve heard some fans hypothesize that Luke’s battle with Vader turns out to be pointless because the other rebels succeed in their mission anyway. As a Star Wars fan myself, I see Luke and Vader’s conflict as symbolic of the spiritual and intellectual struggles of a nation (or galaxy) and within individuals. It’s a fight for the heart, soul, and mind.

As you’ve pointed out, philosophy and theology have consequences. Your own father fought in a war that began with an idea that killed millions. Let’s talk about why it’s important to consider the unseen things of the spiritual and intellectual realms.

KS: Ideas are critical. Initially, my father wasn’t excited about my becoming a philosopher. He was concerned about the pay and how employable I would be, but I told him, “Dad, you taught me to care about ideas. You taught me that ideas have consequences.” National socialism began with ideas. It became a huge movement that came, in some ways, within an eyelash of controlling the world.

In a Christian context, ideas are also very important. There are questions about Christianity’s place in the marketplace of ideas.

In my time of doing apologetics, I’ve seen the big questions about Christianity undergo a change. When I was younger, people wanted to know, Is Christianity true? Did Jesus rise from the dead? Does God exist?

Today, people want to know if Christianity is a good thing. Has Christianity been good for women? How did it deal with slavery? Does it encourage its followers to convert others by force? Does it foster positive cultural progress? The more Christians are aware of these challenges the better they are able to share and live out their faith and do the things that are pleasing to God.

Yes, we’ve had atheists respond to RTB material with common objections to Christianity. For example, some accuse religion (Christianity in particular) of not bringing anything good to human history. This makes me think of Anakin Skywalker, in Revenge of the Sith, questioning whether the Jedi and the light side of the Force are really good for the Star Wars galaxy.

When believers face questions about Christianity’s goodness, what can they say? How does Christianity compare to atheism in terms of historical influence?

There are a number of ways to measure the impact of a particular religion or worldview. For example, we can evaluate its negative impact. I wrote an article entitled “More Deaths in the Name of God—Or No God?” Atheists raise objections about particular eras in Christian history such as the Crusades and the Inquisition. There were good things about the Crusades and there were bad things. With the Inquisition it’s harder to find good things; the church had become an oppressive agent, clamping down on people and punishing them for not following lockstep.

And yet there’s nothing that can compare to the death toll of the twentieth century. Up to 100 million people or more died at the hands of the Communists. In China alone, up to 50 million people were killed. Stalin’s regime murdered another 20 million, and so on. Even Islamic terrorist groups have not reached anywhere near those numbers.

In his book The Rage against God, Peter Hitchens gives a fascinating eyewitness account of the Soviet Union. He compares life under that atheistic regime to Great Britain, which was still benefiting from Judeo-Christian values. He describes the USSR as cultivating brutality and depression.

Just based on this kind of anecdotal evidence, it seems to make a real difference what kind of worldview and value systems govern a nation.

Yes, in dialogues I’ve had with atheists, they’ve argued that nobody was killed because of atheism, but I don’t think that’s true. Dialectical materialism is the name of Communism. It’s a materialistic, naturalistic philosophy of life; and atheism is one of its central components. It’s materialistic because there is no God. Atheists really don’t have a strong argument on this front.

However, this doesn’t excuse bad behavior by religious people. We don’t believe that Christians are perfect; believers have made lots of mistakes. I don’t mind people asking challenging questions about Christianity’s goodness—those are relevant questions that need to be asked.

Can religion become corrupt? Can Christian faith become corrupt? My answer would be yes. People can misinterpret Scripture in light of their own cultural belief systems or in a deliberate effort to promote an agenda. Scripture teaches that we are fallen, broken people. That’s why we need a savior. We don’t need a mere prophet; we need someone to make us right with God.

I think Christianity has been very good to society’s marginalized people. (The two largest people groups joining Christianity at its inception were slaves and women.) It’s brought to the fore the revolutionary idea that there’s no difference between Jew and Gentile, slave and free, male and female.

Amen to that! What other positive impacts has Christianity had on human history?

Looking at positive impact, it becomes readily apparent that Christianity has been really good for the world. Consider the Western judicial system and the fight for human rights, the founding of hospitals and universities, the growth of the arts, and the birth of modern science. All of these have their roots in the Christian worldview.

One of the most vital ideas promoted by Christianity was the belief that God made human beings in his image—thus, each person has dignity and worth. In ancient Rome, people were expendable. Many lived in slavery, women had little or no rights whatsoever, and infants could be disposed of without consequence.

It’s not surprising that Christianity attracted many followers who saw the compassion and respect believers extended to people because of their belief that humans bear God’s image (imago Dei). This belief runs so deep and it’s the perfect example of what we’ve been discussing regarding the importance of ideas. The doctrine of imago Dei produces a lot of good for the world, including people who aren’t Christian. It advocates for the protection of children, the elderly, the sick, the dying, and people of different races.

But, if there’s no God, then our dignity is subject to the capricious whims of human culture.

Wow, obviously, ideas really do impact how we live and how we treat others. Any other thoughts you’d like to wrap up with?

As I think about science fiction, I think what I’ve always found interesting about the Star Wars saga is that there are ideas built into those films that pop out at various times. Sometimes they bring up big-picture issues such as what we’ve been discussing, but they also bring up the inner challenges that individuals face.

Absolutely! When I first saw Return of the Jedi at age 10, it had a profound impact on me. The moment when Dark Vader turns from the dark side back to the light side really helped me understand the idea of redemption. It’s a good reminder that there’s nobody so fallen that Christ can’t pull back out—like the thief on the cross.

Yes, the Bible talks about an invisible war within each person. We are creatures of God who have been changed and are being transformed, but it is a continual process.

Movies can definitely make you think.

So, do you plan to see The Force Awakens?

You’ve certainly intrigued me. That might have to be an outing I put on my calendar.