Beatlemania Plus 50: Can Christians Appreciate the Fab Four?

This month marks the 50th anniversary of The Beatles’ first trip to America. I remember how depressed my family was following President Kennedy’s assassination, but how excited my siblings and I were to see The Beatles on our black-and-white television in February 1964. Their coming marked the beginning of the British invasion! 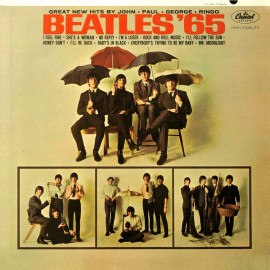 Since that legendary episode of The Ed Sullivan Show, I have been a fan of The Beatles’ music. I have followed the career of The Beatles fairly closely and am pretty familiar with all of their songs and albums as well as the music the band members produced following their official breakup in 1970. I have also read a couple dozen books about the lives and careers of John Lennon, Paul McCartney, George Harrison, and Ringo Starr. I mention this to demonstrate that I have some understanding concerning the lives, musical accomplishments, and philosophical views of four men who, though considered by many to be “the greatest rock band of all time,” have also been figures of controversy.

For example, in the aftermath of the Tate-La Bianca murders some 40 years ago, it was revealed that The Beatles’ music, particularly The White Album, was used by Charles Manson to attempt to justify his psychopathic philosophy and homicidal motivations (though Manson sought to blame virtually everyone except himself for his evil acts). For believers, The Beatles, as with many pop culture figures who live and promote nonChristian lifestyles, can be a source of debate for spiritual reasons. As a case in point, a brief bio about me on my church’s website (where I teach a regular adult Sunday school class) that mentions my fondness for The Beatles provoked one reader to express this concern:

How can a man who is a Christian, no less a man in the ministry, like music and musicians who mocked and hated the Lord Jesus?

When it comes to matters of personal preferences, such as taste in music and movies, it is important Christians exercise critical thinking, both in evaluating their own likes and those of others. Let’s examine this example of The Beatles for an illustration of how believers can implement careful thought and gracious respect in nonessential issues.

The bold statement that The Beatles “mocked and hated the Lord Jesus” fails to appreciate the complex and evolving nature of the religious views held by these men. McCartney and Harrison came from Catholic homes whereas Lennon and Starr attended the Anglican Church as youths. Their religious views were far from consistent.

Their thinking on faith in the early days of their professional success (the early to mid-1960s) is probably best described as agnostic. In the late 1960s, they experimented with Eastern mysticism (transcendental meditation), with Harrison later aligning himself with the International Society for Krishna Consciousness (ISKCON). Yet even later, Lennon and McCartney both seemed to move toward some type of religious pluralism (all faiths are true).

Lennon did make some controversial comments in the mid-1960s about The Beatles being more popular than Jesus. He later came to regret those statements, and not just because of the negative reaction he received. It is true that Lennon, for a time, seemed to flirt with atheism (see his songs entitled “God” and “Imagine”). But he also dabbled with what we today would call New Age ideas (Eastern mysticism).

However, more than one news reporter has noted that Lennon apparently became very interested in evangelical Christianity just before he was killed, even listening to several evangelists on television, like Billy Graham (see here). Reports convey that Lennon’s wife strongly opposed his new interest in Jesus and Christianity; and, thus, Beatle John returned to his earlier interest in Eastern mysticism and occultism. Some have said that this was simply Lennon’s passing “Jesus phase.”

My point is that the religious ideas expressed by The Beatles in their songs were much more complex and diverse than is often appreciated. When critiquing another person’s tastes—and even when enjoying our own entertainment choices—it is easy to simplify things and neglect to fully understand the nuances of the worldview or message represented in popular culture.

Searching for Hope and Love

The Beatles were gifted songwriters and talented popular musicians. They produced a variety of provocative and fun songs that reflected the basic generational beliefs of their time. Yet they also wrote songs that powerfully capture the universal human condition with themes like loneliness and the meaning of life (see, “A Day in the Life,” “Eleanor Rigby,” “Help,” “Nowhere Man,” and “Yesterday”).

As philosophers, however, they were rather naïve, hedonistic, and lacking in a coherent world-and-life view. They can be justifiably criticized for popularizing drug use within the youth culture. And, unfortunately, they contributed toward the acceptability of Eastern religions and cults in the West, especially among the young.

Like most of us, however, the four Beatles were searching for a philosophy of life that would provide them with enduring love, hope, and peace. Unfortunately, they failed to recognize that the Christian Gospel they grew up with held the key to the truths and virtues they relentlessly pursued in the 1960s. It is indeed ironic that historic Christianity uniquely encompasses many of the ideals that The Beatles eloquently sang about and longed for in their personal lives.

I’m able to appreciate their musical and lyrical abilities without accepting their convoluted philosophical and religious ideas—much the same way that many Christians appreciate the genius of Mozart and Wagner without adopting their nonChristian beliefs and lifestyles. Believers should think through their proper relationship to culture and its popular influences. Then they can follow their conscience before God when it comes to the style of music they listen to.

Yet hopefully they can avoid judging others who upon reflection view things differently (concerning matters of conscience, see 1 Corinthians 8). I’d challenge believers to dig a little deeper on this issue. We ought to cultivate a habit of reflection and an attitude of graciousness when we encounter a topic or question where the distinctly Christian perspective in not clear.

The lads from Liverpool were once the most popular people on the planet. Yet they, too, were searching for answers to life’s big questions. I pray that Paul McCartney and Ringo Starr will yet come to know the One in whom it can truly be said that all you need is His love (John 3:16).

For more about the truth of historic Christianity and its vibrant world-and-life view, see my books Without a Doubt: Answering the 20 Toughest Faith Questions and A World of Difference: Putting Christian Truth-Claims to the Worldview Test. For anyone interested in The Beatles’ religious views, I suggest consulting Steve Turner’s excellent book The Gospel According to The Beatles.

One thought on “Beatlemania Plus 50: Can Christians Appreciate the Fab Four?”