Last week’s post discussed the recent 60 Minutes episode about Shin Dong-hyuk, the young man who was born in a North Korean prison camp and later escaped. In light of this revealing interview, I am all the more thankful for the freedoms we celebrate on the Fourth of July. 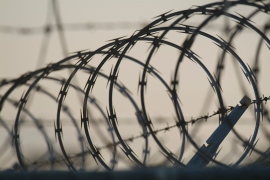 Shin lived the first 23 years of his life as a prisoner in Camp 14, performing slave labor, undergoing torture, and enduring starvation, before escaping by crawling over the body of another inmate who had been electrocuted to death by the perimeter fence. Until his escape, Shin thought the whole world was one big prison camp. He was born to be a prisoner and the guards carrying guns were born to perform that function as well. Shin told 60 Minutes reporter Anderson Cooper that he had had no idea a country like America existed. He didn’t even know Earth was round.

Prisoners had no freedoms. They wore what they were given, ate what was given, and did what they were told. Shin further said that he had had no real family life. His parents were allowed to see each other only if they met the camp’s rigid work standards. He also indicated that his parents couldn’t help him and children were unable to help their parents.

When I saw Shin’s interview on 60 Minutes I immediately thought about how his experiences in Camp 14 would have shaped his world-and-life view. The rules of the camp formed his moral compass. He rigorously followed those rules—even turning in his own mother and brother when they planned to escape. Both were subsequently executed. At the time, Shin felt no remorse for his actions because he thought it was somehow right to follow the rules of the camp. Escape from Camp 14,1 a New York Times bestseller by Blaine Harden that details Shin’s unbelievable life, includes an appendix revealing the camp rules:

Today, it is difficult for Shin to laugh and cry like his newfound friends in South Korea do. No doubt he suffers from something like posttraumatic stress disorder. He also revealed that having a full stomach no longer brings him the satisfaction it once did. The former prisoner also regrets turning in his mother and brother to the camp guards who later executed them. He often thinks about the people who remain political prisoners in Camp 14. Shin is frustrated that North Korean leader Kim Jong Eun receives so much attention in the press while those imprisoned are seldom, if ever, mentioned.

I, for one, am deeply angered that such camps still exist (lasting far longer than the Nazi concentration camps or the Soviet gulags) and I wonder if America is doing enough to try to help these politically imprisoned people. Is there a way for the United Nations to intervene and help these political prisoners? I hope and pray so.

Now, when I wake up in the morning, I not only thank God that I was born in America but I also ask Him to bless the tens of thousands of people who are forced to live in the numerous prison camps of North Korea.

← Quote of the Week: Stephen E. Ambrose
Why I Believe →

One thought on “Reflective Thinking: Worldview from Camp 14, Part 2”