Walking the Streets of London 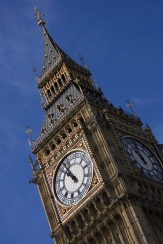 Walking the streets of London last night I envisioned the German bombers above London during the blitz campaigns of World War II. I thought of C. S. Lewis on the BBC radio, broadcasting his talks that would become his book Mere Christianity. And I remembered prime minister Winston Churchill giving his “We Shall Never Surrender” speech. I also thought of the Beatles during their early days.

All the things I enjoy (history, theology, music). There’s no city I would rather visit than London.

← An Intellectual Code of Conduct, Part 3
Quote of the Week: Winfried Corduan →