Apologetics Down Under, Part 2

In part one of this two-part series, I discussed my 7-day trip to Tasmania, Australia, during Holy Week of this year. This was the longest ministry-related trip I had ever taken.

During my time in Tasmania I had opportunity to give talks on the truth of historic Christianity, see a different culture, and meet fellow Christians that live literally on the other side of the world–my world, at least, in Southern California.

Dr. Andrew Corbett, pastor of Legana Christian Church, asked me to teach what amounted to an entire logic course in one day. (It’s good I believe in the long-day theory!) Though I was unable to cover all of what I would normally include in a semester-long university course, I did lecture for six hours.

The class was attended by a diverse group, including individuals from the church and various professionals (doctors, teachers, businessmen, etc.) as well as adults and high-school/college- students who attend Legana Christian Church.

I introduced the class to the laws of logic and to the basic principles of argumentation. We discussed the three forms of reasoning—deductive, inductive, and abductive arguments. By introducing the class to various informal logical fallacies, I also began a discussion about how reasoning can break down. The information was well received and everyone seemed eager to learn more about the subject of critical thinking.

This experience in teaching logic at a church gave me a new idea to pitch to various churches here in America. I think every evangelical church ought to sponsor a seminar on the study of logic. My hope is that many churches will recognize how important it is for believers to think carefully and critically about the issues of life (1 Thessalonians 5:21).

Pastor Corbett also arranged for me to speak at what he called an “Influencers Dinner.” The guest list for this formal event included many professionals; my wife, Joan, and I even sat at a table with some Australian politicians.

With “Worldview Thinking” as my topic for the evening, I explained what a worldview is and how it can be tested for truth. I also compared and contrasted the “Four Most Prominent Worldviews”—Christian theism, Islamic theism, pantheistic monism, and naturalism. Many of the influential people in attendance thanked me for addressing this timely topic because, as they put it, they live in a very pluralistic part of the world.

On Maundy Thursday Joan and I participated in a Passover Seder, the Jewish ritual feast that marks the beginning of the Passover holiday. I spoke twice with the first brief talk addressing Jesus Christ’s perfect fulfillment of the Old Testament Covenant.

In a longer talk that evening I discussed how sin is a greater problem than most Christians realize. But I also underscored that Jesus Christ is a much greater Savior than most of us realize. Two members of the Australian Parliament sat at my table during the dinner and we discussed both matters of faith and politics.

I spoke twice on Good Friday, addressing the “Six Strands of Evidence for the Resurrection of Jesus Christ.” This evidence includes the empty tomb, Jesus’ postmortem appearances, the transformation of the apostles, the conversion of Paul, the change in the day of worship from the Sabbath Day (Saturday) to the Lord’s Day (Sunday), and the emergence of the historic Christian church.

I spoke twice on Easter Sunday. In the morning at Legana Christian Church I addressed the doctrinal and apologetics significance of Jesus’ resurrection. In the evening I spoke at the beautiful St. John’s Anglican Church in Launceston where we had a full house. Again, I addressed the historical evidence for Christ’s bodily resurrection from the grave.

Spending Easter Down Under

I am thankful for the opportunity to spend Easter week in the great country of Australia with believers who love, honor, and serve our Lord and Savior. Sometimes I fail to appreciate that God has his people literally all over the globe. 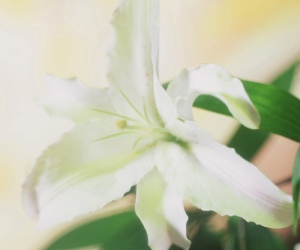 I was impressed that the Christians I met in Australia were very missions-oriented. Living only a few hours by plane from China, Japan, and India gives them an appreciation for contrasting religious beliefs and worldview perspectives. And the budding RTB chapter group in Sydney includes a good number of thoughtful and dedicated servants of Christ.

As an US citizen, I was also thankful that Australia has been such a faithful ally to America over the past century. The Australian people have proven that they are not afraid to stand up and fight for what they believe in.